Topic Progress:
← Back to Lesson 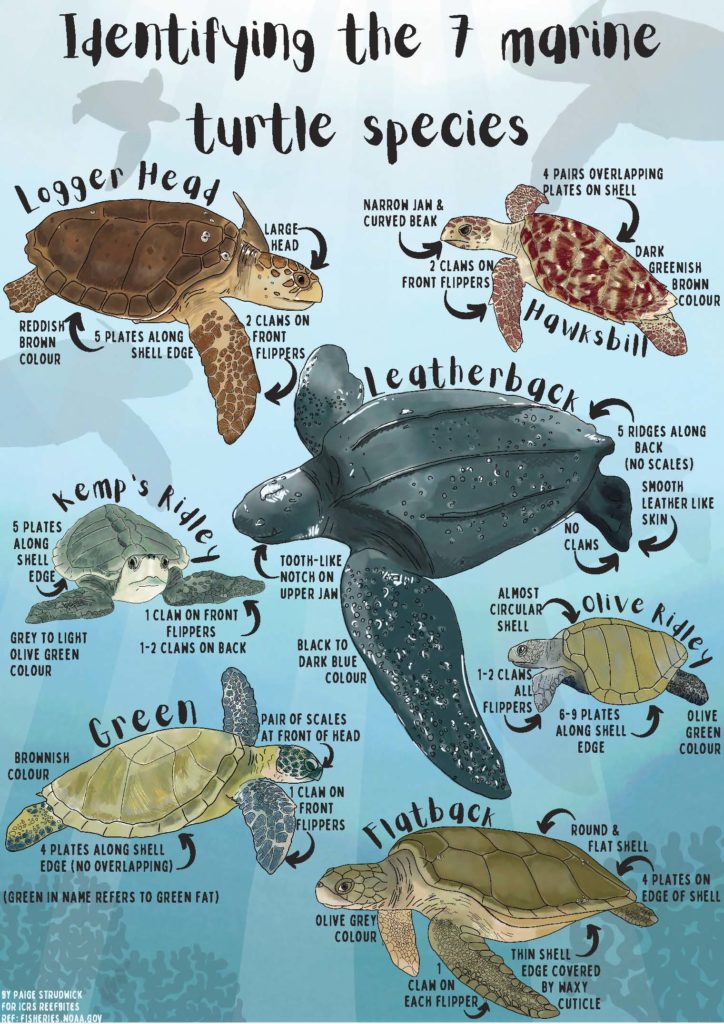 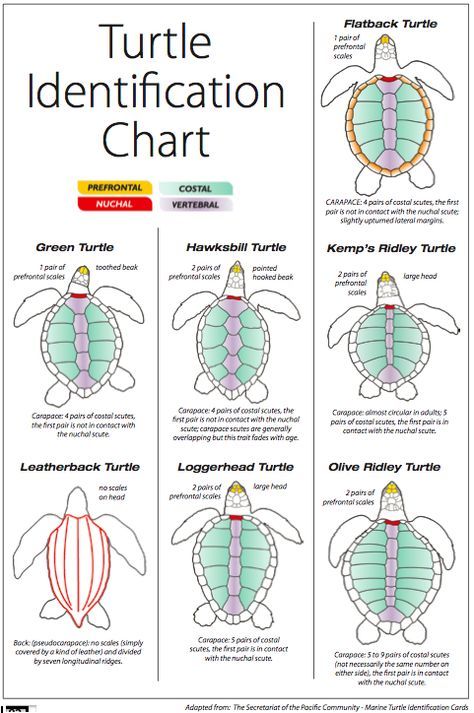 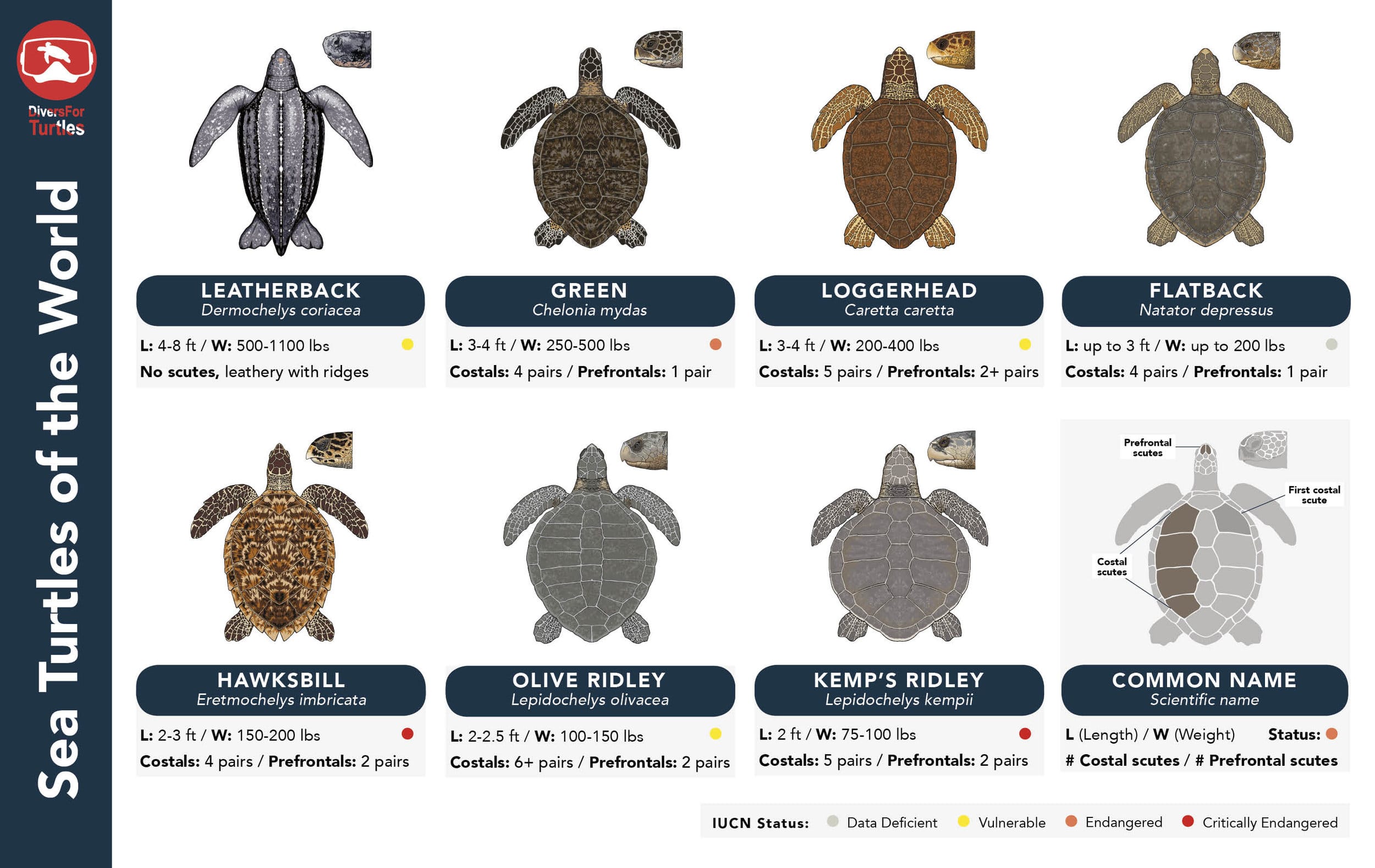 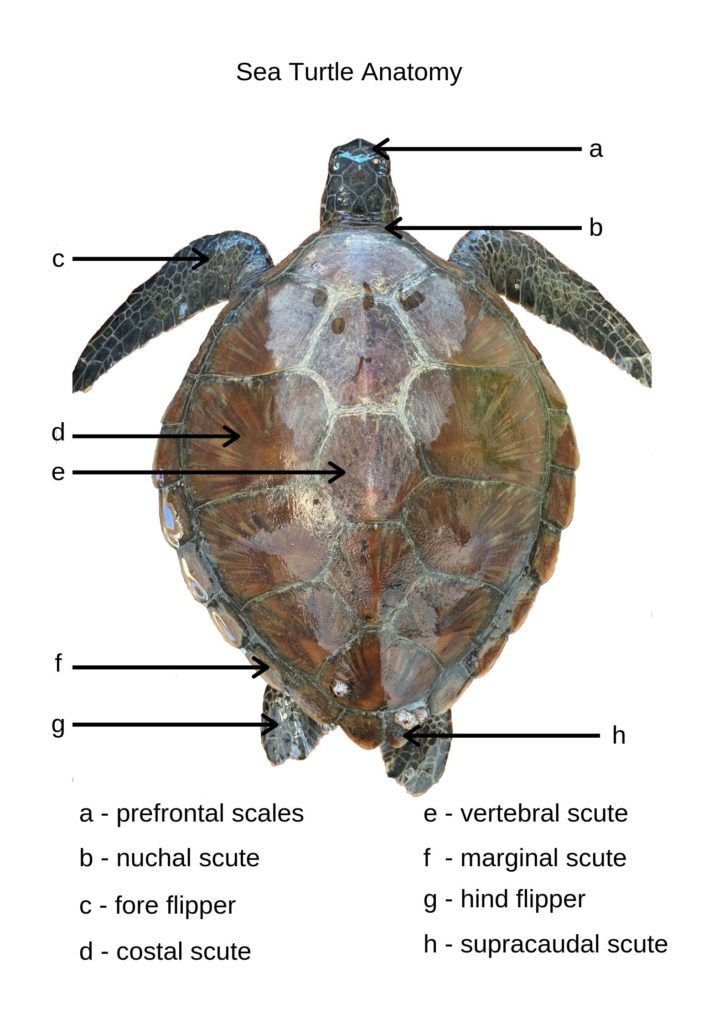 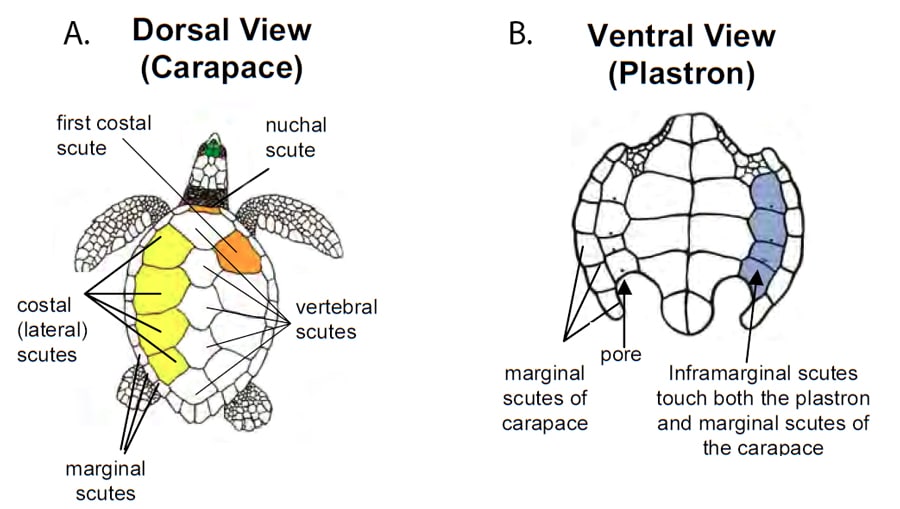 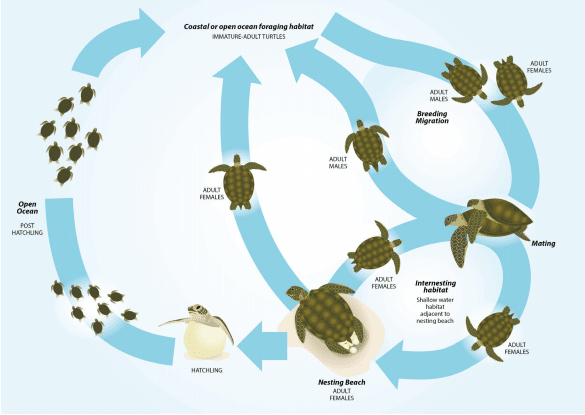 Female sea turtles lay their clutch of eggs at the same beach where they originally hatched and this is known as ‘site fidelity’. Using their strong back flippers, sea turtles scoop away sand and dig a nest where they lay between 65-180 eggs (clutch size is species-dependent).

Once nesting females have laid their eggs, they cover up the nest and make their way back to sea as sea turtles do not provide any maternal care for the eggs or young.

Once hatchlings emerge from the nest they are completely independent. They orient themselves towards the ocean using a combination of natural light and low elevation. It is thought that the process of crossing the sand and swimming away from the shore allows the hatchlings to imprint the nesting location. Naturally, sea turtles return to their nesting site as adults to breed and therefore the journey to sea from the nest is an important part of a hatchling’s life.

The journey from the nest to the sea is dangerous as many hatchlings are predated on by birds, larger reptiles and marine predators. Once hatchlings successfully enter the water, using the wave direction, current and magnetic fields, they travel towards the deeper ocean. Hatchling sea turtles engage in a high energy swimming phase known as the ‘swim frenzy’ and this allows hatchlings to reach the open ocean currents (typically within 24 hours). The deep ocean is where they spend much of their time in the next stage of life known as the pelagic phase.

Sea turtles in the ‘pelagic juvenile phase’ spend much of their time in the open ocean. Naturally, there is a high mortality rate in this stage of life and sea turtles will typically only return to shore once they are large enough to settle.

Pelagic juvenile sea turtles are carnivorous, feeding primarily on macrozooplankton and there is evidence suggesting they are opportunistic feeders as marine debris has unfortunately been found in post-hatchling digestive systems.

Pelagic juveniles disperse and migrate via ocean currents and find shelter under natural floating debris in the open ocean. There is one exception, with the flatback sea turtle spending the ‘post-hatching’ life stage around the continental shelf of Australia.

There is limited knowledge on this stage of a sea turtle’s life as a result of limited observations.

Once juvenile sea turtles reach their sub-adult stage of life, they return closer to the shore and inhabit sub-tidal areas such as rocky reefs and seagrass meadows. At this sub-adult stage, the sea turtles are larger and still live independently. Small home ranges are developed and these turtles typically live year-round in these coastal waters.

As an adult, sea turtles show a strong fidelity to breeding and feeding sites. Adult turtles will remain within their home range to feed, however, as they approach sexual maturity (between 20-50 years of age) they will instinctively return to their natal site to breed with females nesting at this site.

During the mating season adult sea turtles may have visible ‘mating wounds’. The large claw(s) on male’s flippers may cause injury around the shoulders and carapace edge on a female and typically bite wounds are visible around the head and neck. On the other hand, males may exhibit open wounds on their fore flippers as females may bite during this process.

Our knowledge on migratory routes, habitat requirements and life stages is increasing each year and this knowledge will assist with the protection and management of sea turtles around Australia. 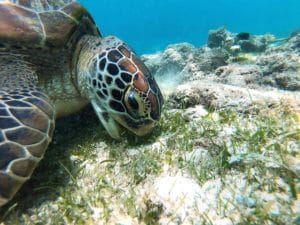 Another interesting physiological adaptation is the ability for a female sea turtle to store sperm and we are still trying to understand the purpose behind sperm storage. It is thought that this adaptation would assist due to the distances travelled between feeding and nesting grounds and interactions with males, as well as the long intervals between breeding events.

Our knowledge on sea turtle behaviour is limited and is based on observational data that has been collected in the field. The use of technology is allowing us to have further insight into the movements and behaviour of sea turtles and this better assists with our understanding on how to protect them.

NEXT continue to the topic TURTLE Rescue Health and Safety Considerations